Creating realities in the virtual world with immersive experiences

It is becoming increasing difficult for brands to be memorable to their audience. One way to address this problem is with the use of 360° VR/AR to deliver unique experiences that your audiences will remember. Not only does it offer a novelty value, but it is also quite a practical solution in many industries, including food & beverage, tourism etc.

AR Apps and Filters can be a great way of engagement, but also be a great way to offer functionality and help your audiences visualize how your product can fit into their requirements. Right from product demos, to placements and even fun filters to create engagement – we can do it all.

A virtual tour is a great way of giving people the opportunity to experience your premises without physically visiting it. Whether it is due to the pandemic or simply as a convenience, our virtual tours can be a great value add. With our virtual tours, we help you show off the ambience of your establishment and also add in snippets of information to make the walkthrough more interesting and engaging.

Live streams on Facebook or YouTube are becoming increasingly popular, and we help you leverage this tool with our 360° VR Live Stream capabilities. Make the live experience more unique and interactive for your audience with these services.

Check out few of our previous Work!

Check out more of our work here.

6-year-old, inquisitive Charcha accompanies her father on his official tour where she meets a shy rural boy- Panya (8). As they grow to respect and understand each other's culture, their friendship is challenged by a proposed water dam, being sanctioned by Charcha's father, forcing involuntary migration on Panya's family. Dharan explores the empathetic and humanist path these children take trying to soothe the alder's agony.

Director, Vedanti Dani along with the producers reached out to us for overlooking various roles and responsibilitiesfor the production of this project.The brief was to keep the look of the film very intact and rooted in the place where it was happening. Life Inside Media,working as the Line Production Unit was constantly engaged with the Director, Producers, Cinematographers, and the Assistant Directorsthroughout the production phase, right from day one that included talent and crew hiring, location scouting, and managing everything big and small that was required for the film. This film was an opportunity as well as a challenge for us as the film was shot in a small village near Pune, Maharashtra and that meant working with the local teams at village level and always being ready, even with a plan B as it would take hours to arrange anything from the city.

The film now holds various awards and recognition to its name both nationally and in the international film domain and has already earned a fan base on television.

A middle-class girl discovering new experiences, questioning things on her way, caught up in a dilemma and a confusion revolving around relationships.

Life Inside Media, with this project, was assigned to look after everything production. This being an independent film, we were tasked to bring high production value on a fixed budget.

Our experienced team members understood the balance of both, the budget and making no compromises on the quality. We had a humble start and hence knew that for a film of this scale and budget we had to use our resources and network to its best.

Working with a crew of independent film always pushes to achieve more and that is what exactly we did for Magnolia.

The short film is already being premiered in various renowned film festivals and is soon to release on OTT platforms.

Twisted or not, but the meanings of loyalty have surely been changed in the past and even today. Rohan and Anusha, and their friends all half here, half there, in confusion and love.

This web series currently streaming on MX Player came to us through its director himself, for whom Life Inside Media had already worked with in the past, for his few of the acclaimed shorts.

The web series kicked off as a pilot project before it took the shape of a series. Our team was responsible for the overall production of this web series and soon the Season 2 is awaited for its release.


PLEASE FILL THE BELOW DETAIL TO SUBMIT YOUR REQUEST

OUR TEAM WILL GET BACK TO
YOU SHORTLY! 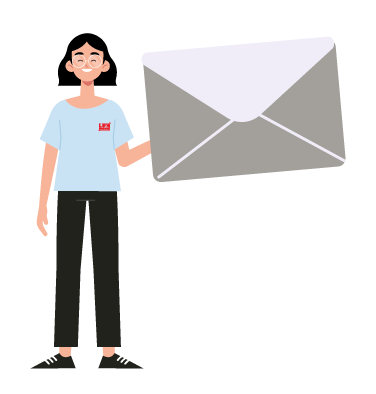 FOR REGISTERING, OUR TEAM WILL GET BACK TO
YOU SHORTLY!